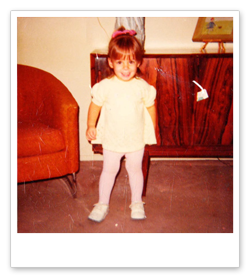 is an author and performer who grew up not far from where they filmed The Jersey Shore, which is why she ran away to become a teenage harem girl (really, she did).

She penned the novel, PRETTY, and the New York Times bestselling memoir, SOME GIRLS: My Life in a Harem, which has been translated into sixteen different languages. Her writing has appeared in The Paris Review, The New York Times, Vanity Fair, Los Angeles Magazine and Flaunt Magazine among many others.

Jillian has appeared at spoken word and storytelling events across the country, including The Moth, and has been interviewed on such television programs as The View, Good Morning America and Howard Stern. She was a featured dancer with the infamous Velvet Hammer Burlesque. She has worked with directors as diverse as DJ Mendel, Robert Cucuzza, Steve Balderson, Lynne Breedlove, Austin Young, Michelle Carr and Margaret Cho. She recently premiered her one-woman show, Mother Tongue.

She is married to musician Scott Shriner. They live in Los Angeles with their son. 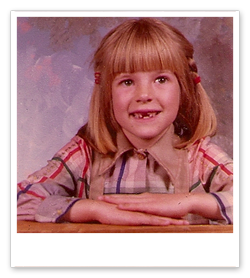 is an LA based comedian, actress and writer who has performed stand up all over the world. LA weekly describes her comedy as “bubbly, adorable, outlandish funny” and Buzzine Magazine claims she “puts the fun back in funny and the smart back in smarty-pants.” She’s known for playing various characters on Comedy Central’s Pretend Time With Nick Swardson produced by Adam Sandler, is in the film Bright Day opposite Bill Maher, and is the voice of Doctor Princess on the cartoon Adventure Time. She’s also the other half of the viral hit Confessions of a Tooth Fairy with Kristen Wiig. Other TV appearances include Glory Daze, Reno 911, Sarah Silverman Program, Important Things With Demetri Martin, Frank TV, The Winner, and Chris Kattan’s Bollywood Hero.

Her stand up has been featured on Late, Late Show With Craig Ferguson, Bonnie Hunt Show, BBC’s World Stands Up, NESN’s Comedy All Stars, Comics Unleashed, and most recently when she hosted Byron Allen’s series Comedy.TV. She co-founded the hit LA stand up show “What’s Up Tiger Lily?” with Maria Bamford and her critically acclaimed comedy CD “The Accidental Bisexual” is available from Stand Up! Records on Itunes and Amazon.